Archive for the tag “circo massimo”

One of the amazing things about Rome is that it would take a lifetime or more to see all of her treasures. We had the opportunity a few Friday’s ago to join a tour and appertivo through Internations of the Case Romane del Celio, an amazingly preserved archeological site. Come on along, and I’ll show you what we saw. Although we were not allowed to take photos inside the Case, I have downloaded the pictures available from their website.

Case Romane del Celio is located a short walk from the Colosseo and Circo Massimo, and lies under the Basilica of Saints Giovanni and Paulo (John and Paul). Giovanni and Paulo were both officers at the court of the Emperor Constantine (312-37). They were martyred by execution during the reign of  Julian the Apostate (361-363), and then buried inside the site of their own house.

In 1887, a priest of the church was excavating below and discovered a site that comprised 20 rooms, some of which were still decorated with paintings on the walls dating from the 3rd to the 12th centuries. Wrapped around the foundations of the church, the site was once an an insula or apartment building housing artisans with their storefronts, and later in the 3rd century was combined into one large home or domus by a single owner.

We were toured through the remains by a very knowledgeable tour guide who explained the history of the site and the paintings. She shared this fascinating fact: One of the reasons so many sites are so well preserved in Rome is due to the practice that was used of filling a site with gravel when wanting to build on top of it, instead of destroying the site. In modern times one needs mostly to remove the gravel to see what lies around it.

In places the mosaic flooring was still in tact, as were the remains of ancient Roman roads. There was an “Antiquarium” which showcased some of the antiquities that had been recovered from the site. After the tour we were offered a selection of appetizers, using ancient Roman recipes that had been adapted to modern cooking; including a chicken dish sweetened with prunes, a very garlicy cheese spread, a garbanzo bean dish, and honey sweetened wine. 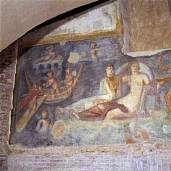 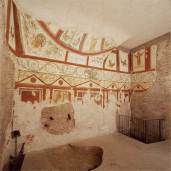 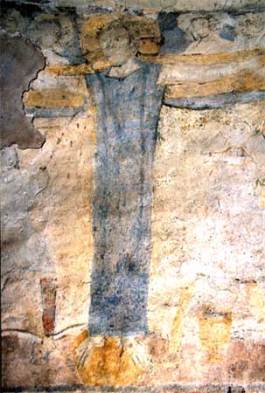 There’s a festival nearby in Circo Massimo, that we went by yesterday on our way home while on the bus. So we decided we would try to find out what it was and go today. I’ve located several websites that supposedly tell you what’s going on around town, but they can sometimes be not so helpful or informative.

OggiRoma.it is such a site that at least tries, as it has a translator on it’s website. Here is what the translation says though about this festival:

Campagna Amica Foundation, with event “Best of Italy” wants to open the doors of our agriculture, therefore, the real Made in Italy throughout Italy from the City of Rome. In a historical context unique in the world, the arena of the Circus Maximus you tell consumers the true value of agricultural production Italian, through their stages. food, territory, know-how, local traditions, in other words, “Campagna Amica” is an answer to the food and cultural globalization imposes.